One major source of inspiration is nature. This is why ad dios
regularly goes travelling, bringing synthesizers and computers
along. After a brisk walk alongside the coastline in Cornwall
or in the Welsh mountains, the inspiration comes flooding
like ale from a vat… : ) 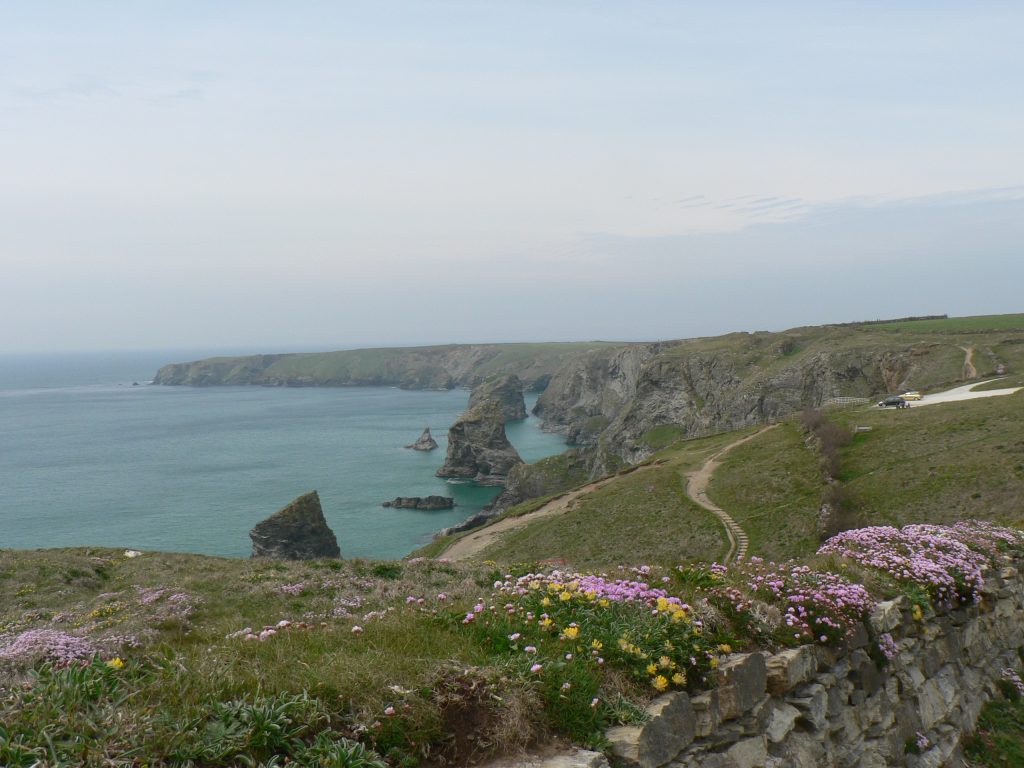 The idea to bring our gear to a remote place on the British coast
was born in Tintagel (also King Arthurs mythical birthplace) in the
mid 80s. While sitting on the cliffs watching the waves roll in from
the Irish sea, we realised an urgent need to write music, but our
instruments were back in the studio in Sweden. A year later we
packed all our equipment (really bulky and heavy back then) in
an old Volvo, and made it to Cornwall!

And it was just as good as we had hoped for; since then ad dios
has been on the road almost every year! The result is both to be
heard and seen on all albums (most pictures on the inner sleeves
are from these journeys), from Avalon to the coming Middle-Earth. 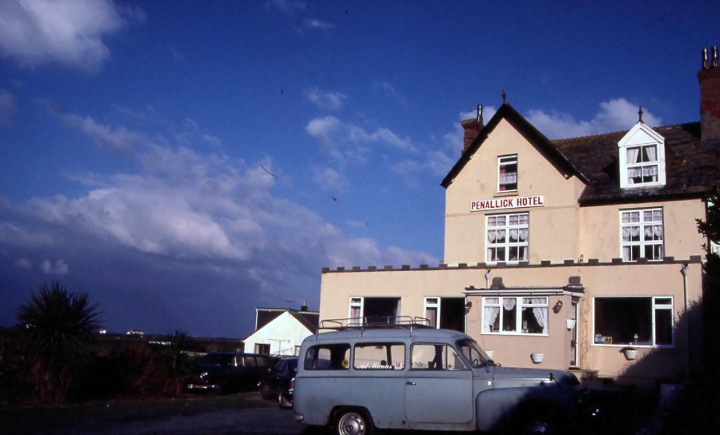 Behold a nostalgic photograph from the very first trip to Cornwall,
with the Volvo in front of our beloved Penallick Hotel in Treknow,
just outside Tintagel. Notice the weather; it is actually late November!
Despite a somewhat bad reputation – the weather in Britain has always
treated us very well! : )